The first U.S. proof sets emerged in 1936 and were sold directly to collectors at premium prices. These sets did not catch on quickly with collectors during the Depression years and their early mintages were so low that today they sell for four figures. Production of proof sets was suspended after 1942 during World War II and not renewed again until 1950.

Merely 81,980 of these 1952 sets were issued nearly 70 years ago. There hasn't been a regular U.S. proof set mintage anywhere near as low since — in fact they've been up to 50 times higher. Some of these sets were broken up for coveted Franklin half dollars, which were issued only as part of complete sets. The half dollar, quarter and dime boast 90% silver content.

Please note that packaging may vary as original packaging on vintage sets is not always available. 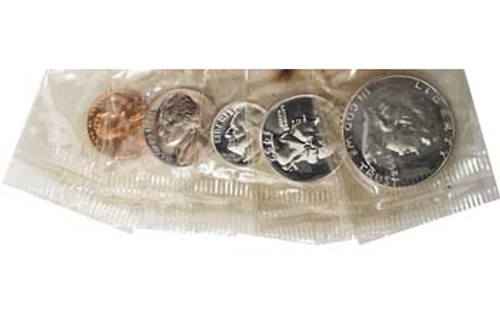