This largest silver dollar in U.S. history was originally issued over thirty years ago in 1986. Its magnificent "Walking Liberty" design first appeared over 100 years ago in 1916 on the new U.S. half dollar. Regarded as the finest U.S. silver engraving, the beloved design is much larger in this impressive silver dollar form. The Presidential Seal reverse is a distinctive version of a design that has appeared in various forms on U.S. coins since the beginning of the 19th century. Each of these big, beautiful coins contains a full troy ounce of .999 fine silver. 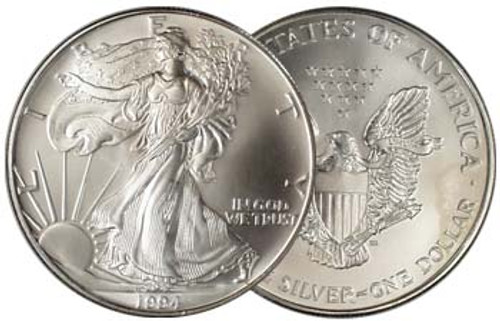