Containing a full troy ounce of silver, the enormously popular collector coin is the largest silver dollar in U.S. minting history and was originally issued over three decades ago in 1986.

Its magnificent Walking Liberty design first appeared a century ago on the 1916 U.S. half dollar during World War I. Regarded as the finest U.S. silver engraving, it's much larger in this silver dollar form. This most unabashedly patriotic coin design in American history, features Miss Liberty garbed in the American flag as she strides towards the dawn of a new era. The U.S. Mint does not sell the enormously popular silver eagle BUs directly to individual collectors, but we're pleased to offer the new BU to our customers. 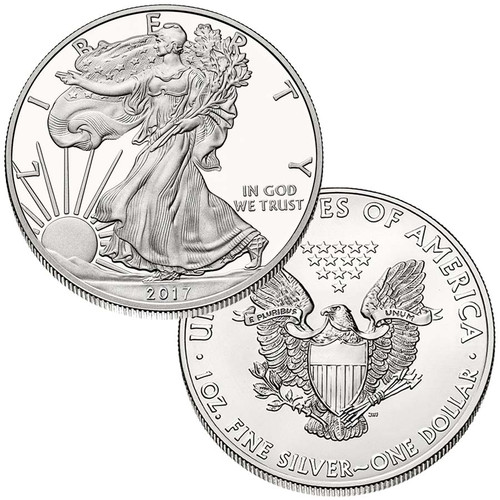