Merely 296,000 1881-CC Morgans were struck by the isolated Carson City Nevada branch mint. Up to 30 times that number were produced at the principal Philadelphia Mint that years. And significant numbers were output in San Francisco and New Orleans. That was the second lowest CC mintage in the entire series and may have been due to the fact that production was suspended from April 1 to October 1, 1881. The legendary Carson City Mint, near the famous Comstock Lode in Nevada, was the smallest U.S. minting facility of the time. And its total mintages were by far the lowest of any facility. Just 2% of all Morgans were produced there. Our Brilliant Uncirculated quality has nice original luster and no sign of wear (some bags marks are present, as is normal). 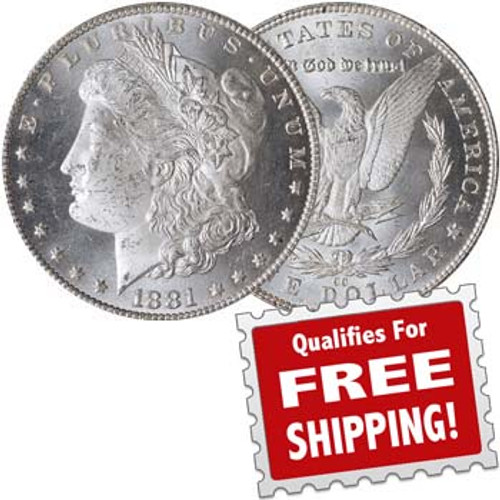