Only about 2% of the entire Morgan mintage was struck at the isolated Carson City, Nevada mint, which was located near the fabled Comstock Lode. Upon output, many of these elusive treasures were held in storage and never entered commerce. During the Treasury release in the early 1960s, many bags of Morgan dollars were discovered. After the initial flurry, the GSA (U.S. General Services Administration) took charge of the final hoard of several million Morgan dollars, among which were Carson City issues. These specimens were mounted in plastic holders with a black insert and sold to the general public. The cases were not popular at first and many coins were removed, leaving fewer intact today. Original GSA case, Brilliant Uncirculated quality. 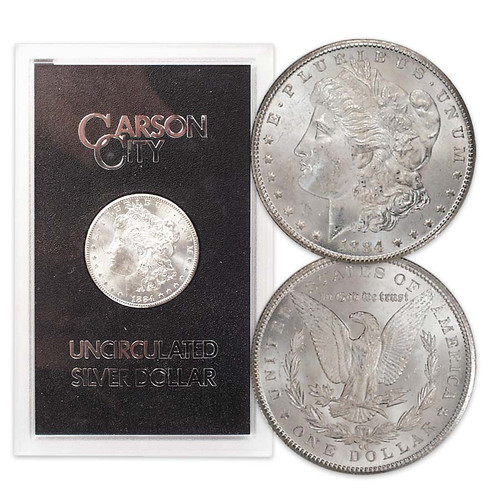