Over 20 million 1887 Philadelphia Morgan silver dollars were struck as mintages were peaking in this popular series. However, a vast number of these were held in storage at the Treasury, and later melted down during the two world wars. Compared to other dates, a relatively small proportion was saved for the last Treasury releases of the early 1960s. Thus original mintages can be very deceiving in relation to the actual number of issues now surviving. Less than 5% of the original mintage may survive today in MS-63 or better quality, with exceptionally nice luster and only minor surface flaws. Protective transparent slab with MS-63 certification by PCGS or NGC.

Certified coins should never be removed from their cases and cannot be returned once removed. 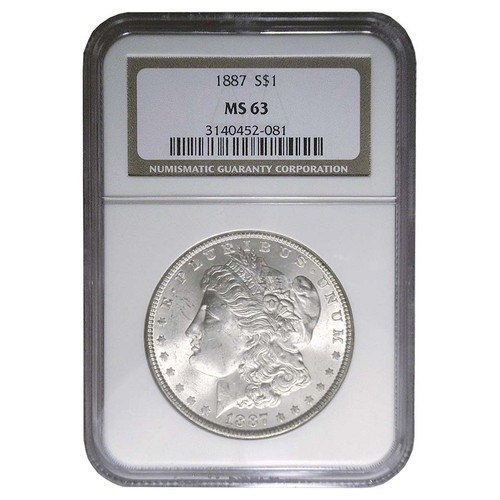