Although minting had ended more than a decade earlier, some Morgan silver dollars were still in circulation during the heady days of Bonnie and Clyde. When the Depression-era gangsters were finally apprehended after years of lawlessness, two 1921 Morgan silver dollars were found with their possessions. (One of those actual coins sold at auction for over $30,000.) The Morgan series was suspended in 1904 and six years later the U.S. Mint destroyed the existing hubs. Then in 1921, the government decided that more Morgan silver dollars were needed. These final 1921 issues had to be redesigned making them slightly different from all earlier Morgans. Only a fraction of those final year issues remain today after attrition and melts. 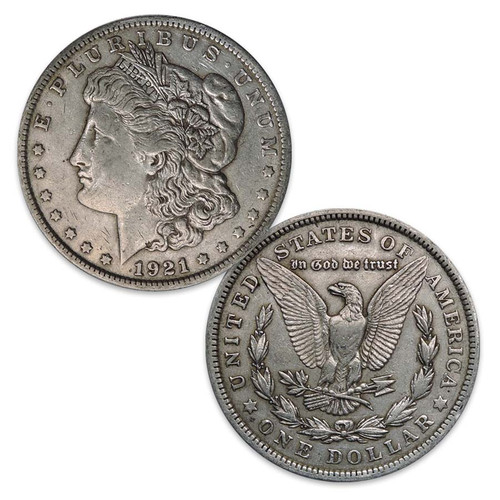