Early in the 1920s the U.S. Mint issued a total of 172 million silver dollars, a far greater number than U.S. commerce required. In 1923, the no-mintmark Peace dollar of the principal Philadelphia Mint had a vastly reduced mintage. And due to the glut in commerce a large majority were stored in Treasury vaults for decades.

As years passed, mint-state specimens of the 1923 Philadelphia Peace dollar were very elusive. In 1945 a BU sold for more than any other issue in the series. But a few years later quantities began to emerge from bank and Treasury vaults. The once-precious treasure lost its standing as the most valuable issue in the series. We offer clearly detailed Very Fine quality. 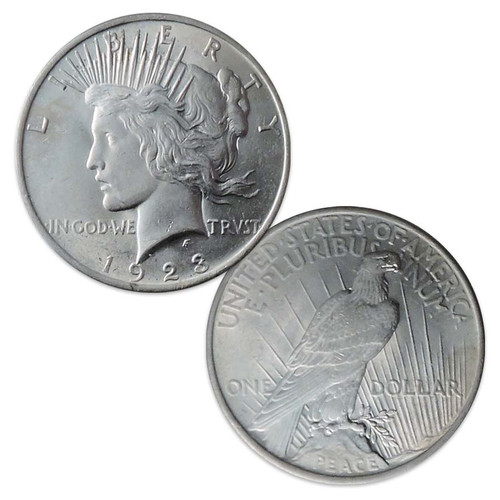