In 1924, the San Francisco Mint produced merely 1.7 million Peace silver dollars. That output was a drastic reduction from the average of 18 million for the previous two years, just 9% of the prior year's output. The only other 1924 U.S. Peace dollars were issued by the principal Philadelphia Mint. But seven times as many were struck there in 1924. Clearly detailed Very Fine quality. 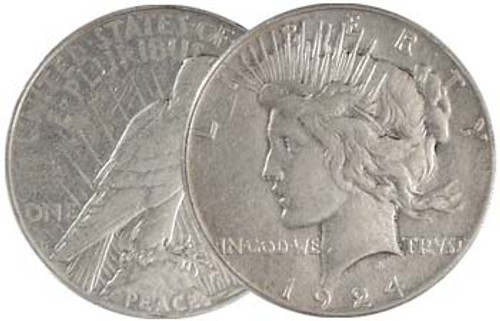