As ambitious as he was evil, Adolph Hitler and his Fascist allies sought to expand their territorial reach during World War II. The U.S. and its allies managed to defeat the Axis powers and win the war for the good of humanity. This remarkable collection features three coins minted by the three major Axis powers; a Nazi Germany 10 reichspfenning, a 1 lira from Mussolini's Italy and a 10 sen of the Empire of Japan. Also included is a U.S. steel penny produced without copper content that circulated during the Second World War. 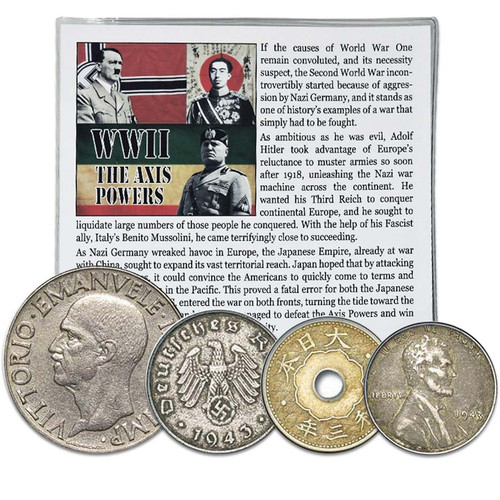