The Christian religion was born in Rome's eastern provinces. This coin was minted during the fourth or fifth century, when Rome was the world's first Christian empire after Constantine the Great had converted to Christianity. These specimens circulated throughout the vast empire, which comprised most of Europe, northern Africa, Asia Minor and beyond. Includes informative packaging and a Certificate of Authenticity. Due to the crude method of manufacture in ancient times, the size, shape and denomination of the coin will vary. 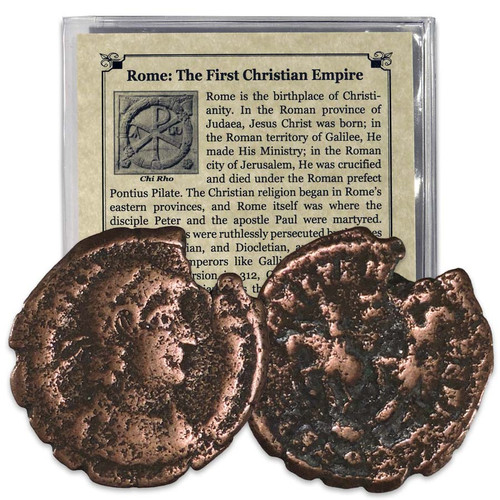