Pistareen coins were issued in Spain strictly for mainland circulation, but their silver content led to illegal exportation around the world, including to Early America. They were 20% lighter than Spanish colonial coins, therefore were only worth 20 cents instead of the 25 cent value of a standard 2 reales coin. Shown is the profile of King Charles III of Spain. These commonly circulated coins inspired Jefferson's proposal to implement the decimal system for U.S. coinage. Very Good to Fine quality. 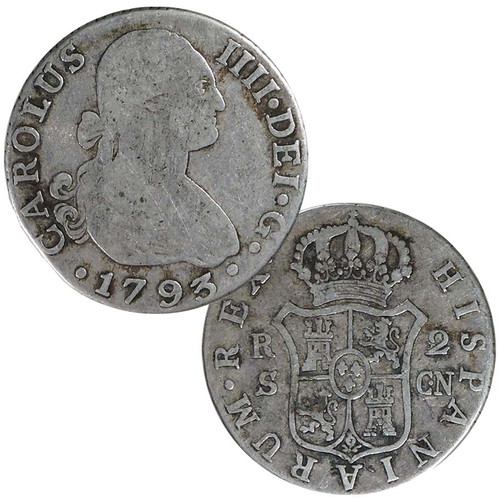