The short-lived copper-nickel Susan B. Anthony dollar was perhaps one of the U.S. Mint's biggest flops. Issued from 1979-1981 and again in 1999, this first small dollar coin never gained a foothold in commerce and was eventually discontinued by the Mint. Two factors contributed to its demise — the dollar bill was not phased out and its nearness in size to the quarter caused confusion. This set includes 16 coins — every issue in the series, but to keep it affordable, does not include the costly 1979-S and 1981-S Type II varieties. All three issuing mints are included: Philadelphia (no mintmark), Denver (D) and San Francisco (S). Brilliant Uncirculated to Proof quality, FREE album. Album may vary from one shown. 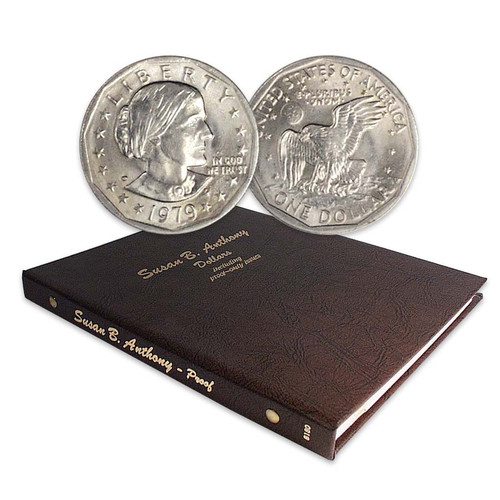